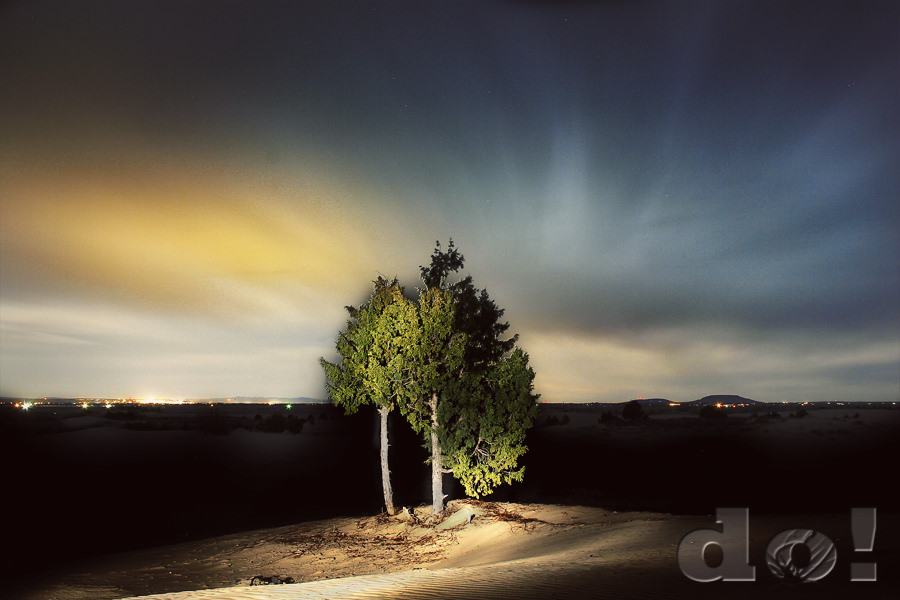 The other night I went out to try some long exposure on the sand dunes with a combination of light painting. The only problem was that the starry sky was crowded out by the clouds that came in very quickly! I was a little disappointed at what was going on until I saw this shot! The semi-full moon lit the sky for us that night leaving a very cool effect in the clouds. Also, the city lights reflecting up into the clouds as well added a nice touch as well to the photo!

What do you think? The only editing that took place was mostly done in CameraRaw for the adjustment brush so I could fix the lighting to the way that I wanted it to be. With some finishing effects in Nik Software Color Efex Pro 4 I was able to get this sweet shot!

The weather did play a big factor in our success of this photo – I do want to go out again and try to get the shot I originally had in my mind.